Portugal might be the last country to consider when incorporating a holding company. However, like numerous nations, Portugal also has tax incentives for holding corporations in their tax systems. The purpose is to minimise double taxation of the revenue typically earned from these firms and to encourage international investment.

The Participation Exemption applies to Portuguese companies as foreseen in the Council Directive 2011/96/EU of 30 November 2011 (the latest legal version transposed into Portuguese tax law). Under this scheme, dividends received by Portuguese companies from European Union (and  European Economic Area) are subject to total exclusion; this means that the holding company can deduct their dividends, received when they calculate their taxable income), provided the following conditions are met:

The above rules also apply to the distribution of dividends to a Portuguese holding from:

Under the rules above scheme, capital losses or gains due to the transfer of shares in these companies shall not contribute to their taxable profit.

To benefit from said tax credits, the parent company must comply with the following requirements:

As long as they are non-residents (excluding blacklisted jurisdictions), private individuals who are shareholders of Madeira companies are exempt from tax on profits placed at their disposal, including the amortisation of shares without capital reduction, provided that such profits derive from income subject to the reduced corporate income tax.

Suppose the shareholders reside in Portugal. In that case, distributions of profits/reserves made by the Madeira company shall also be exempt from taxes (withholding tax) under the Participation Exemption scheme abovementioned.

Shareholders of Madeira companies, as long as non-residents in Portugal or blacklisted jurisdictions are also exempt from tax on the payment of income deriving from interest or other forms
of remuneration of shareholder loans, allowances, or capital advances that they have made to the company.

In addition to the above, there is no withholding tax on the worldwide payment of royalties and services.

Non-residents (except those in blacklisted jurisdictions) who realise capital gains through the sale of a shareholding in a Madeira company are exempt from taxation if the company’s principal assets do not involve real estate in Portuguese territory.

Under the abovementioned terms for a Participation Exemption, capital gains obtained by a Madeira firm through the sale of its subsidiaries or affiliated companies are free from taxation.

To qualify for the tax reductions, companies incorporated in the MIBC have to comply with one of the following pre-established requirements:

The entire economic activity of the MIBC-licensed company must be carried out solely by the above-required employees. They qualify from an immigration and taxation standpoint as residents of the Autonomous Region.

Furthermore, the assets acquired must remain within the MIBC during the entire period it enjoys this status or during its useful lifetime, whichever period may be shorter, without being transferred. Nor may such assets be leased or ceded to third parties for their use unless the corporate purpose or business activity of the MIBC is such lease or cession, and always provided that there is no direct or indirect link with the lessee or transferee of the said property.

It shall be understood that this requirement is not infringed when the goods are transferred and the sum of money realised is reinvested in new fixed assets under the same conditions within one year. In the case of used assets, these may not have been previously applied for a MIBC investment of another company.

The above requirements are based on the current MIBC regulations, advice from the Portuguese Tax and Customs Authority and best practices. Different interpretations by the European Commission, in case of an audit, may apply given the state aid nature of the regime.

Rosana Rodrigues is a co-founder and partner of TFRA Law Firm. Her work mainly involves advising foreign investors in Portugal, particularly in areas of Corporate and Tax law. She has also worked extensively in Shipping law… Read more 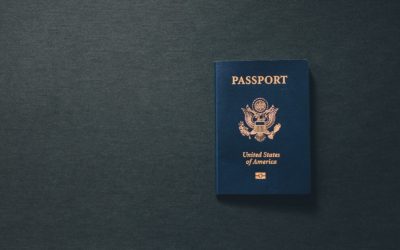